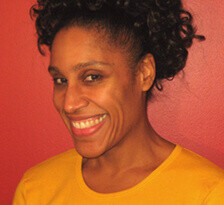 What excites me is delivering rockin’ digital and social experiences that make lots of money!

I am the Co-Founder of ArtSites – an online marketing and digital platform for visual artists. I also work with the next generation of digital leaders as the Program Advisor, Industry Chair, and Adjunct Professor for the University of British Columbia’s (UBC) Digital Strategy Certificate Program and Social Media Award of Achievement Program, as well as being a Professor for Langara's School of Management's BBA and Post-Degree Diploma Programs.

I’m no newbie to the business or tech worlds. I hold an MBA in Finance and Business Strategy from the University of Chicago, as well as Master Certifications in Product Development Management and Business Facilitation. My career has taken me from New York to Chicago to Silicon Valley and now to Vancouver, Canada.

Previous chapters of my life included being the CEO of BookRiff Media Inc. - a digital publishing company, President of Work at Play - a digital agency specializing in the monetization of digital content and virtual goods for brands and entertainment properties, President of OBehave! Entertainment – an early mobile social networking company, CEO and co-founder of FlashLog – an early blogging and newsletter management system, and Chief Blogger of FlashCommerce.com.

Since 2008, I have been nominated as one of Canada’s Top 100 Most Powerful Women by the Women’s Executive Network, been named “The New Executive Cool Hunter” by Canadian Business Magazine, been cited as 1 of 10 candidates in Grant McCracken’s book, Chief Culture Officer, been awarded one of Vancouver’s Top Forty Under 40 by Business in Vancouver, and listed as one of Vancouver’s Top 10 Technology Women. I am also the recipient of the Canadian Women in Communications’ 2009 Trailblazer: Excellence in Leadership Award and UBC's 2015 John K. Friesen Excellence in Teaching Award.

Germany, you say? Da glotzt Du, gell?! I grew up in beautiful Tübingen and consider it home, in addition to Canada and the US. I’m no army brat though. My African-American father’s a professor of 19th century German philosophy and my Puerto Rican mother’s an opera singer – yes, quite the combo! Germany was the place to be. Living there taught me to think well beyond my own backyard; my American roots gave me my chutzpah and verve; and the cooler climate of Canada made me hardy and determined.

I’m bringing all of this energy to make my projects the best digital experiences EVER – new school style! Today, Vancouver. Tomorrow, the world!